By the end of the process, the surface will be renovated to match the renovation of the Corvin Department Store. There will be a significant expansion of green space and the square will become accessible to everyone. 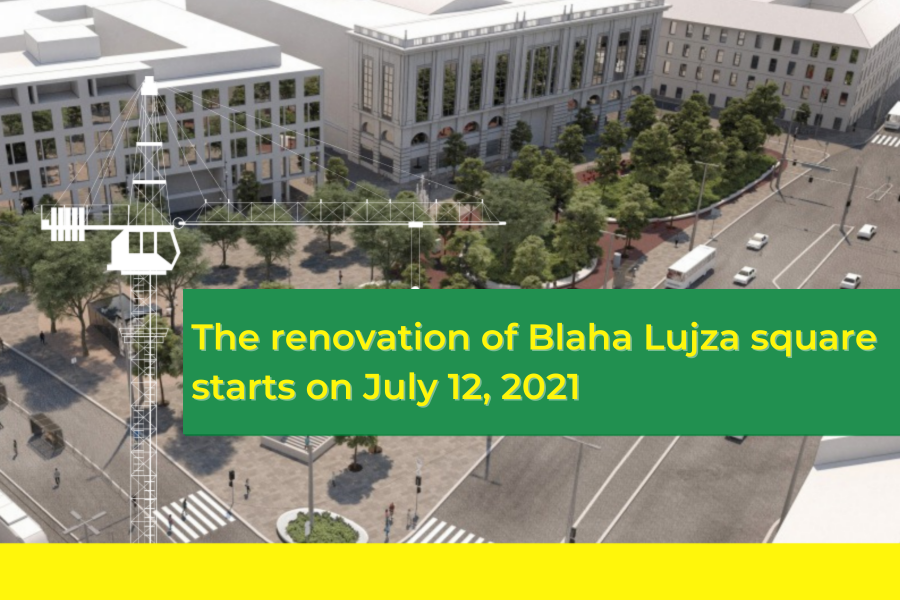 The whole renovation process will last 540 days and is predicted to be finished by the fourth quarter of 2022.

There will be a mushroom fountain, a fountain show and street furniture as well as a public toilet on ground level near Rókus Hospital.

In the first period of the renovation the insulation of the underpass lid will last 10-12 weeks according to the plans.

– all public transport stops and the underpass itself will remain available.

– the bus stops for number 7 bus family will be placed 15-20 meters behind and only 2 buses will be able to stop at a same time.

– the 4-6 trams will operate during the whole time and their stops remain unaffected by the renovations.

– the pedestrian crossing near the stops of the 4-6 trams and the number 7 bus family will be closed, instead the one in Népszínház utca can be used (or the underpass itself).

– the bus stops for 99 and 217E will remain in place, but the buses have a detour so a longer travel time must be taken into account. (Detour: József körút – Erzsébet körút – Dohány utca – Osvát utca – Rákóczi út – Kiss József utca – Népszínház utca)

The most urgent issue is the waterproofing of the underpass, which will be done on a scheduled basis so that the entire junction does not have to be shut down for several weeks. In the first period the renovations will be made on the edges of the junction:

– the outer lanes of Rákóczi út and the körút will be closed to traffic.

– the 2×2 lanes of Rákóczi út will remain available, the 1×1 lane of the körút will be available and the bike lane will be temporarily closed to traffic.

– On Rákóczi út after the bus stop, the bus has priority to get in the lane (since the bus lane at the junction is temporarily closed).

– In Wesselényi utca and Dohány utca, parallel to Rákóczi út, the traffic calming will be temporarily stopped for 10-12 weeks and these streets can be used by traffic without restrictions in one way according to the previous order.

Thank you in advance for your understanding and patience!