After the trial period, we conducted a survey to find out how the people affected evaluate opening Bacsó Béla utca, what their experiences are and what their suggestions would be regarding the future. 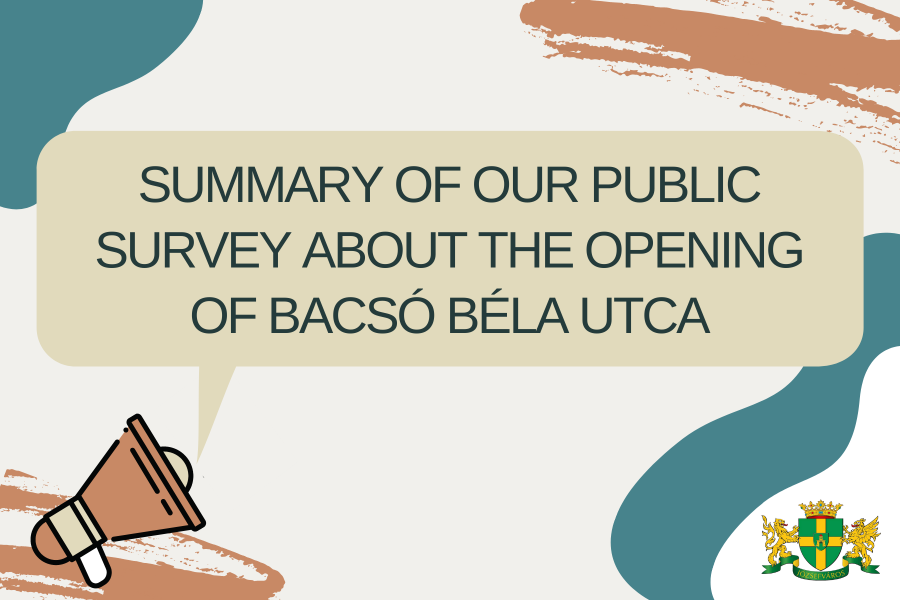 Józsefváros Municipality opened the part of Bacsó Béla utca between Vásár utca and Bérkocsis utca for residents and catering establishments on a trial basis in June 2021. The project was carried out by Rév8 Józsefváros Urban Rehabilitation and Development Company on behalf of the municipality. This part of the street had been closed to motorists till early October, we organised activities and encouraged locals to do the same. In addition to the terraces of the catering establishments, visitors could also sit and talk on the chairs we provided.

After the trial period, we conducted a survey to find out how the people affected evaluate opening Bacsó Béla utca, what their experiences are and what their suggestions would be regarding the future. 444 people filled in the questionnaire in total between 4 and 31 October 2021, 188 offline (i.e. in person) and 256 online. 10 out of the 256 online respondents filled in the questionnaire in a foreign language, i.e. Hungarian is presumably not their native language. Below are the detailed results of the questionnaire. It shows there is widespread support, both by local residents and people who live a little further afield, for closing the part of Bacsó Béla utca between Bérkocsis utca and Vásár utca to motorists.

The work of Rév8 was assisted by the employees and volunteers of Józsefváros Office of Community Participation, who spent 1 month visiting the houses near Bacsó Béla utca, Vásár utca, Rákóczi tér, Bérkocsis utca and Víg utca with the questionnaire to reach all the people living there, and also spent many hours at Rákóczi tér, where they met many people who filled in the questionnaire. We would like to thank all our volunteers and colleagues who took part in the evaluation of the Bacsó Béla utca opening questionnaire, and the respondents who filled in our questionnaire!

Based on the results of the questionnaire survey and the experience during the summer, the Council of the Municipality is expected to decide on the reopening of the affected section and the renewal of the entire length of Bacsó Béla utca early in 2022.